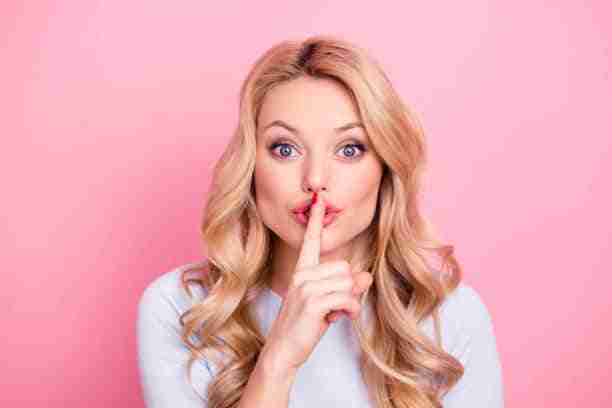 07 Jul Sexual harassment in the workplace, this is my story

Posted at 18:07h in Lifestyle by Tamryn Sher 1 Comment

It’s 2019 and it seems everyone today has a #MeToo story, this is mine…

A few years ago, I was head-hunted by an agency to head up its consumer PR division. I went for the interview and I was so excited to start, everyone on the leadership team had faith in my abilities, I was offered training and mentorship for any areas that needed development. I couldn’t wait to start. I was sold a dream… unfortunately, when I got there, I realised I was given a pamphlet.

I was, in fact, the PR agency and a sales rep at that too. Which I was not expecting. Shortly after starting at the agency the CEO started making inappropriate sexual jokes (about women, in front of his female staff). while uncomfortable, I ignored them and got my work done, in the second month of being at the agency things escalated and my boss started to pull me onto his lap when I walked past his desk. This happened a few times, I was even said to him ‘ring ring, can you hear that it’s the CCMA calling, this isn’t funny. Stop doing this’. This happened a handful of times before I resigned. I had been there for two months.

I resigned on 1 December and we used to get paid on the first day of the following month. Come 1 January I didn’t see my final salary in my account, but I thought ‘it’s a public holiday, so I’ll give it a few days’. By 3 January I started getting a little worried, so I called my former employer who didn’t answer, I texted him (he blue ticked me), I emailed him, I even DM’d him on twitter, with no reply. This went on for two weeks. He then told me that he wasn’t going to pay me my final salary and if I wanted it, I could take him to court.

My heart sunk, I didn’t know what to do. I had started at a new company and really didn’t want to go through this. However, I needed the money as I had paid my rent, car, phone bill, etc on my credit card and was now in debt for the first time in my life. Based on principle I also knew that I couldn’t let him get away with this. I was hurt, I was angry, there was a fire burning inside of me, this was a complete injustice in my eyes. Not only did he sexually harass me, but he’s also now trying to take away my financial freedom by not paying me for work done. Nah!

I went to the CCMA, they served him and we had a court date for two weeks time. I was ready for this fight. I had my proof, the inappropriate texts, I had one affidavit from a witness which was far less than I expected, I was shocked that none of the other women who worked there would speak up against him, even though they knew what he was doing was wrong. They said they couldn’t risk their jobs for me. My reply…. For me?? This isn’t for me, this is for all of us. It’s me this time, but next time it could be you and if you don’t stand up for what’s right, you give him the support he needs to continue doing what he’s doing, my plea fell on deaf ears. Nevertheless, I had my ducks in a row and was ready for the CCMA, or so I thought.

Two weeks had passed since the day he told me he wasn’t going to pay me, while I was still angry, that fire inside of me had burnt out to a mild ember. I drove my little silver Corsa lite to town, parked on the street and made my way inside the grey buildings, I was escorted into a waiting room filled with other people waiting for their chance to plead their case. As I walked in, he saw me and made a point to stand up and wave sarcastically like ‘hey, I’m here’. My heart sank into my belly button and I felt a wave of emotions flood over me, I was so scared, I wanted to just run away, I didn’t want to do this anymore. I kept a brave face, clenched my jaw to fight back the tears and took a seat.

We waited for 30 minutes before we went through to our room and at that time, I had to search deep to find that strength from within. Everything inside of me wanted to run away. So, I gave myself a few pep talks and these were some of the things I said….

Our case number was called I stood up with my clenched jaw and knew I had to fake it till I made it. I was still scared, I had a lump in my throat and I was trying so hard not to let anyone see that my hands were shaking. We walked into the room, my former employer, his attorney, the arbitrator and me. Introductions were made and then this attorney serves me with some paperwork and just starts rattling on about confidentiality agreements I’ve signed, how he’d like to state upfront that his client denies all claims made against him blah blah blah, at that moment, everything went quiet, I unclenched my jaw, the shakes stopped, I swallowed the lump in my throat and I said to myself thank you, Lord, that fire was back in my belly and it was BURNING! This was the push I needed to get my ish together. I thought to myself baby girl, let’s do this thing.

I hope my mother isn’t reading this because the below is not how I was raised….

I rudely interrupted the attorney, I put my hand in front of the table and I was like ‘Sorry guy, just keep quiet’. I then turned to the arbitrator and said ‘does this guy need to be in here, he’s very annoying’. The arbitrator was trying to fight back a smile and said if I’m not comfortable with him being here, I’m well within my rights to ask him to leave as this is not a court’. I replied’ mmm, I think that’s best, he has a very annoying voice’. The attorney was asked to leave, he then says to my former employer, I’ll just be right outside. I cheekily waved ‘bye’ to the guy. Petty level 100, I know! I was such a brat, had my mom been there I would’ve received a klap.

My former employer now looked unraveled as he was clearly unprepared and was hoping his attorney would do all the talking. This made me feel even more confident. I then went on to do the thing, I presented my evidence, he sat there with a mouth full of teeth, the only thing he said is that he denies everything. In the end, I won my case! I was so petty I even fought for an extra R10 for banking fees which I won and I got 1,5 months salary as a win, plus the banking fees.

I walked out of that room feeling like Rocky. Let me tell you, you think you’re ready for a fight until you see your former employer and their lawyer. I wouldn’t wish that feeling upon anyone. When I left the room I had a jump in my step, I was ready to tell my family the news and I was soooo ready to have a G&T by the pool and enjoy the rest of my day off. I felt like a million bucks.

My former employer and his attorney then get into the lift with me, He then said to me ‘You know Tamryn, you look beautiful today and we actually had a great relationship before all of this, now that this is settled let’s go for a drink and be on good terms, this industry is so small, you wouldn’t want to burn your bridges now would you.’

I literally started laughing, I then replied ‘You’re here for sexual harassment and YOU’RE STILL SEXUALLY HARASSING ME, you’re an idiot. ‘ He then said well he’s going to walk me to my car because this isn’t the best part of town. I looked at his attorned and said ‘How can you actually represent a dog like this’. He told me that I could eff off. I sassily replied, wow, ugly on the inside too.

These guys walked me to my car and even paid the car guard R20, I sped off in my Corsa lite with no aircon, hoping to never have to cross paths with this knuckle-dragging caveman again. I pumped up the music, I wound down my window slightly for some air and I sang along to the radio, I was so proud of myself.

This story may sound insignificant to some, but it was one of the hardest things I’ve ever had to do, at that stage of my life. At 25 years old.  I wasn’t emotionally prepared for this. What made it harder was that my family lived in Durban, I was single and none of my friends at the time wanted to come with me, so I felt completely alone and I kept doubting myself.

I do regret being so sassy as it wasn’t necessary, despite how hurt I was. I hope that you guys always stand up for what is right, no matter how tough it is. You’re a better woman for it and I’ll now be more prepared should I ever have to go through this again (I pray not). I am so grateful for the CCMA, they were honestly efficient and professional and they were in my corner when I felt completely alone.

This is one of my #MeToo stories, it took me almost 5 years to be able to share this story. The reason why I’ve chosen to share my story is that I know these conversations are uncomfortable to have, but I also know that the more we have them, the less uncomfortable they become to have. We need to start having conversations that matter and we need to take a stand against toxic masculinity.

Photo by Mihai Surdu on Unsplash

Photo by raquel raclette on Unsplash

Photo by Arisa Chattasa on Unsplash