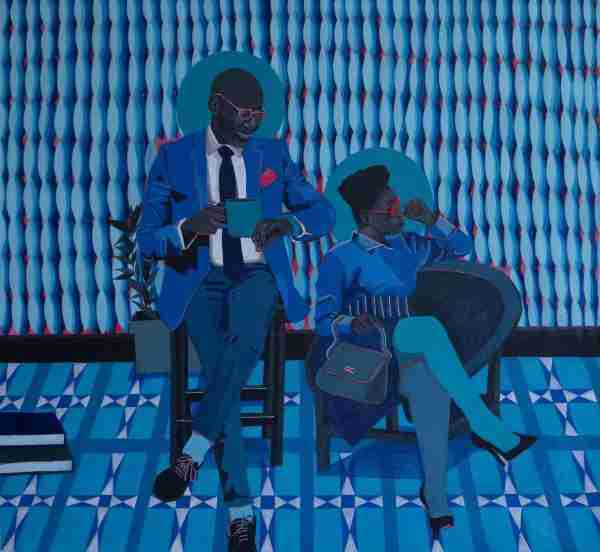 Posted at 08:47h in Lifestyle by Tamryn Sher 0 Comments

When people think of Nando’s, they think of the brand’s famous PERi-PERi chicken and cheeky advertising right. But, thanks to the long-running Nando’s Art Initiative and the Nando’s CREATIVITY programmes that have followed on from it, many people around the world also associate Nando’s with exciting Southern African art.

“PERi-PERi chicken is what we know best, so we partnered with Spier Arts Trust because they know art,” says Kirsty Niehaus, who heads up the Nando’s Art Initiative. “We’ve worked together to develop art programmes that nurture and develop Southern African artists, enabling them to take the next steps not just in their art practice, but in their careers as professionals too.”

Many of these artists have gone on to enjoy success in South Africa and even globally. Tammy Job, Enterprise Manager at Spier Arts Trust, says that as well as providing artists with opportunities to earn income and enjoy critique on their work, the programmes help to boost artists’ profiles and develop their credibility. 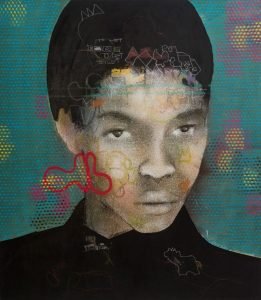 “To be ‘on the map’ as an artist, you always want to have your art in a collection. The Nando’s art collection gives professional artists that opportunity, often for the first time for emerging artists, and then every Nando’s restaurant around the world displays that art, so millions of people get to see it,” says Job. “Plus, there are massive opportunities that Nando’s invests in, like 1-54, the first leading international art fair dedicated to contemporary art from Africa and its diaspora, which can really help put artists on the world stage, as well as giving them a real confidence boost.”

Nando’s has been investing in art since 2001 and in the last 20 years has grown its art initiative to include five different artist development programmes. “Our programmes have supported more than 350 artists on a regular basis and our art is displayed in 1200 restaurants in 24 countries. We have more than 21000 artworks in our collection, making us the largest private collector of contemporary South African art in the world,” says Niehaus.

Born in Mozambique, Lizette Chirrime’s journey with Nando’s began in 2013. Her walk with Spier Arts Trust began almost a decade earlier in 2004 when she started submitting artworks to the Creative Block programme. By 2016, she had been selected to exhibit at the 1-54 Contemporary African Art Fair in London.

Her detailed fabric collages reflect her life’s journey, which hasn’t always been easy. She often incorporates interesting, recycled, and discarded materials into her artwork. The result is a crossover between the fine and applied arts and fashion design. Informed by an awareness of the negative impact that the actions of human beings have on the environment and the often unappreciated role women play in society, she hopes to inspire and evoke change.

Chirrime’s journey has been remarkable. With no formal artistic training, she was working as a secretary when she decided to pursue her artistic dreams. She moved to Cape Town and worked hard to make the most of every opportunity available to her. She was a resident artist at Greatmore Studios in 2005, and in 2006 she completed the Truworths Artists Residency Programme at The Castle.

In 2017 she was nominated for a Bright Young Thing (BYT) award. She has participated in numerous solo and group exhibitions and art fairs, both locally and across the globe. In 2020, she was commissioned to create poster art for Yo-Yo Ma for a Cape Town show, and in 2019, she was commissioned to conceive a large-scale artwork as a water fountain at the Spier Hotel, in collaboration with Spier Arts Academy.

“I grew up under very harsh conditions, angry and afraid of life and with no self-esteem. I was a wounded person. I started gardening and drawing and this became my therapy,” she says. “My work is guided and influenced by water, the female and a combination of happiness and sadness.” 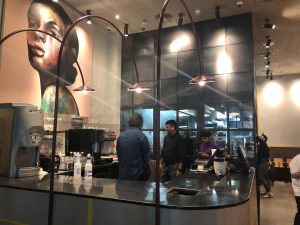 Born in 1973 in Mitchells Plain, South Africa, Dion Cupido is largely self-taught. He’s come a long way since his teen years, spent spray painting graffiti on walls in the Cape Flats. Today, he is a respected artist whose mural artworks have been specially commissioned for Nando’s restaurants in London and Dubai, as well as locally in Bryanston, JHB.

Cupido discovered his ability to paint in 1990 while helping a friend with a school project. His first paintings were exhibited in 1998. In 2003, he joined the Arts & Media Access Centre’s (AMAC) professional development programme, where he won the Truworths AMAC Academy of the Visual Arts award. By 2013, ArtSouthAfrica, South Africa’s most influential and widely read arts magazine, nominated him as a Bright Young Thing. He is currently represented by WorldArt Gallery.

Cupido’s studio-produced paintings remain deeply influenced by street art – so much so that it can be seen as another form of tagging. An important realisation for him at the time was that his work also triggers certain thoughts and memories. “I realised that our biased memories do more than simply present us with images of our personal history,” he says. “It also shapes our sense of who and what we are. In doing so, it guides us to forming an opinion about ourselves that may not be very accurate. As a result, it does little more than helping us experience life only as we THINK we know it.” 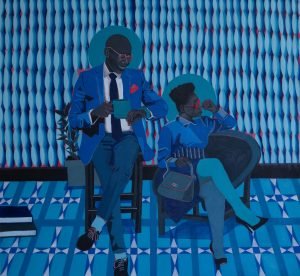 Adolf Tega is originally from Zimbabwe and obtained a Diploma in Fine Art from the National Gallery of Zimbabwe in 2006, specialising in painting and sculpture. In 2007, he relocated to Cape Town, where he joined the Good Hope Art Studios. He has participated in a number of group exhibitions and he held his first solo exhibition, Africa Without Borders, at The AVA Gallery in Cape Town in 2012.

Tega finds his inspiration in the mundane – the often-overlooked aspects of life. He is fascinated with the density and scale of these masses. He has a particular interest in documenting the faceless and often disregarded populace that populate our environment.

His journey with Nando’s and Spier Arts Trust began with the Creative Block programme in 2014. He has since participated in Nando’s Chicken Run, a programme that sees the Spier Arts chief curator visits artists in studio for in-depth practice discussions and artwork purchasing. In 2018, he produced a large-scale artwork for Nando’s Jinadalee, Australia. However, the highlight of his journey with Nando’s has been his selection for the 2019 Nando’s Creative Exchange, which resulted in him receiving two gallery representation offers, as well as two solo shows. This has enabled Tega to obtain his own studio space.