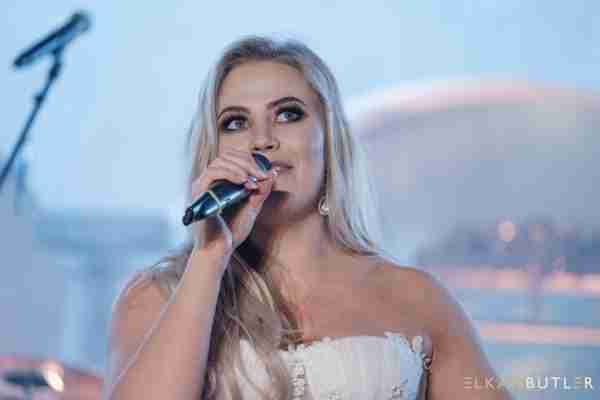 Posted at 07:51h in Lifestyle by Tamryn Sher 0 Comments

Friday evening saw Krugersdorp Kween, artist, and TV personality Anais Loois treat the media to an evening of very special announcements – we thought we were at Avianto to celebrate her new single over dinner, however, we were oh-so pleasantly surprised. 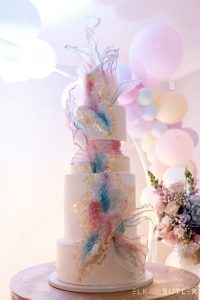 The couple took us on a journey down memory lane, making the event feel that much more personal. We saw a video of her proposal at Silverstar Casino in 2015, her wedding in 2017 and then another exciting announcement now in 2020. Her 2017 wedding was nothing short of a fairytale, Anais wore three designer gowns, and her wedding showcased over 120 000 flower stems. This wedding was the inspiration behind the Be Your Dream Productions hit Droomtroue TV show, now airing its third season on Via channel 147 every Saturday.

Dinner was served and thoroughly enjoyed, then when the chocolate dessert arrived, it had a hidden center. Once guests poured the piping hot salted caramel sauce, the chocolate top melted to reveal a little surprise! A mini glass baby-bottle, and a blue and pink dummy. This is where Anais announced her new pregnancy TV show called Ons Groei Saam, which is a TV show aimed to inform moms and prepare them for the journey ahead. 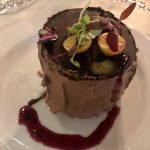 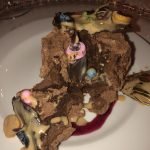 Whether you’re getting married, starting a family or looking for something to cook tonight, be your dream productions and Anais have something for everyone. All that’s left to work out is which show you’ll be watching first.