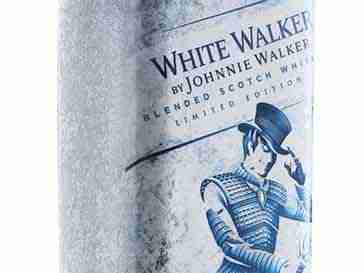 Posted at 17:05h in Food by Tamryn Sher 0 Comments

The latest season of Game of Thrones is now on our screens, with episode two having just aired this week. This cult favorite has fans waking up at 3am to see if the white walkers have invaded the castle yet.

I am loving the brand collaborations around this TV series too. Last week I chatted about Urban Decay’s range of GOT inspired makeup looks and now this week, we have another collaboration to discuss, with Johnie Walker.

In collaboration with HBO®, and Game of Thrones, Johnnie Walker South Africa has launched the new White Walker by Johnnie Walker. This limited-edition Scotch Whisky is inspired by the most enigmatic and feared characters on the hit show – the White Walkers – and is here for fans to enjoy as anticipation builds towards the final season.

Known by their icy blue eyes and led by the Night King, the undead army of White Walkers have emerged from the Frozen North bringing with them the chill of winter and now a limited-edition whiskey that evokes their icy world.  Created by whiskey specialist George Harper, alongside the small team of expert blenders at Johnnie Walker, this innovative whiskey is best served directly from the freezer, echoing the chilling presence of the White Walkers.

The bottling brings you right to the Frozen North with an icy white and blue design along with the iconic Johnnie Walker Striding Man now fashioned in armour to fit in among the ranks of the Night King’s forces. Utilising temperature-sensitive ink technology, fans will be reminded that “Winter is Coming” from an unexpected graphic icy reveal on the bottle when frozen.

The Scotch has notes of caramelised sugar and vanilla, fresh red berries with a touch of orchard fruit and features Single Malts from Cardhu and Clynelish – one of Scotland’s most Northern distilleries. Blender George Harper used the Frozen North as his starting point for creating White Walker by Johnnie Walker. He said: “Whiskies from Clynelish have endured long, Scottish winters, not dissimilar to the long periods endured by the Night’s Watch who have ventured north of the wall – so it was the perfect place to start when creating this unique whiskey.”

“We are excited to launch the limited-edition White Walker by Johnnie Walker in collaboration with the TV series Game of Thrones. Partnering with HBO and Game of Thrones is an innovative and ground-breaking shift adding cultural relevance and a unique way in how South Africans consume whiskey. We are confident from a brand’s perspective that our fans will love the delicious whiskey served frozen whilst watching their favourite show,” said Zumi Njongwe, Marketing, and Innovation Director, Diageo South Africa.

White Walker by Johnnie Walker will be available in major national retailers, including airports, starting April 2019 with the RSP of R399 for 750ml (41.7% ABV).