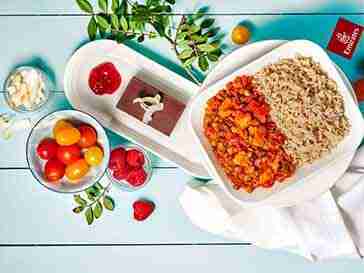 25 Feb Everyone is talking about veganism….

Posted at 07:56h in Food by Tamryn Sher 0 Comments

The health and wellness food consumption movement has shaken companies. With startups catering to the vegan consumer, big companies are stepping into the growing market. Vegan Society states that veganism in the UK has risen by 350% over the last 10 years with 42% of vegans being between the age of 15- 34. Vega is one of the leading vegan protein shakes in America and now in the UK. Mintel reported that UK’s consumers spent 66 million euros on sports nutrition food and drink products in 2015. With the plant-based protein market on the rise, consumer spending is expected to rise within the next 10 years. Companies such as Protein World, PHD woman and My Protein are catering to vegan protein consumers. To compete with start-ups such as Innermost and Net Nutrition. Protein bar company and Think Thin, recently launched a line of plant-based protein products with the aim to tap into the market. – The Flux Trends Report.

Can we start off distinguishing the difference between the following:

Vegetarian: A person who doesn’t eat meat or fish, just veggies, they will still eat animal products such as eggs and milk

Pescatarian: A vegetarian who eats chicken and fish.

Vegan: A person who doesn’t eat animals or any animal byproducts such as milk and eggs.

Emirates is one of the coolest airlines around. They have an airbus A380 in the Dubai miracle garden, made of 5 million flowers. They’ve covered an aeroplane in crystals, and they dubbed it the Bling 777, this image was created by artist Sara Shakeel. Last month they supported their vegan customers by serving over 20 000 plant-based meals on board.

Emirates has seen a requests for vegan meals on board increase by over 40% in January 2019.

This world-class airline caters to all its customers and has a range of dedicated menus for medical or religious meal requirements which are designed with a team of nutritionists and chefs. Vegan meals rank as the third most commonly requested special meal in Economy Class. Last month, travellers voted Emirates as the Best Airline for Vegan Meals in a poll by Vegan News.

Emirates has over 170 plant-based recipes in its kitchen to cater to its vegan customers. Emirates’ team of nutritionists and chefs use the freshest vegetables and unique grains to create the special meals. Known for its regionally inspired cuisine on board, Emirates takes the same approach for its vegan meals with recipes inspired by its destinations.

Some of the most popular dishes include Mushroom Ravioli, Vegetable Tagine served with couscous, and a Sweet Potato, Lentil and Spinach Ragout served with steaming brown rice. The meals are served complete with a special selection of mouth-watering vegan desserts such as Key Lime Parfait with date and citrus compote, Moist Chocolate Cake, or a Chia Seed Pudding.

Vegan meals, along with other special meals, are available on all Emirates flights and across all classes and can be requested 24 hours before departure. All the menus on board are changed monthly.

Emirates serves an impressive cheese selection on board and to ensure no customer is turned away, the airline introduced vegan cheese on board in April last year. To date, Emirates has served 18,000 kgs of the nut based cheese.

For customers who are less inclined towards a plant-based diet, Emirates’ regular menus are also whipped up by award-winning chefs. The airline serves over 110 million meals on board each year, with the same attention to detail given to creating delightful dishes in Economy, Business or First Class. Catering for more than 55 million dine-in guests a year travelling to and from over 140 cities across 6 continents, no one understands global culinary trends better than Emirates as it serves destination-inspired cuisine on board the world’s largest flying restaurant