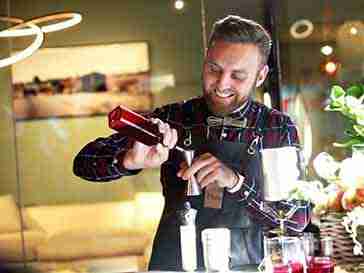 Posted at 07:57h in Food by Tamryn Sher 0 Comments

Well now you can get a cocktail made by one of the best bartenders South Africa has and he’s representing South Africa in Glasgow.

We recently attended this year’s Diageo World Class bartending competition at the Mesh Club, where Owen O’Reilly was crowned South Africa’s best bartender 2019 after competing in 5 grueling challenges alongside 7 of the top bartenders in South Africa. This is the 11th year, that the Diageo Reserve World Class Bartender competition has been running for and it is the industry’s most prestigious mixology event.

The three-day competition was full of excitement and comprised of a series of grueling challenges. The most challenging of them all is called the Twelve in Ten – a rigorous display of skill and excellence as bartenders made12 cocktails in 10 minutes. After the five challenges were assessed and scored, Owen O’Reilly was named SA’s World Class National Finals Champion. Owner of Molecular bars and winner of World Class’ National finals in 2015, Dom De Lorenzo is still highly involved in the growth of Diageo’s passion project.

He has been running the World Class programme since 2016. “Diageo World Class is the world’s leading bartending competition and the finalists are paving the way in the cocktail culture. The competition is a great way to educate consumers on the versatility of the Diageo portfolio while showing them how they can elevate their own celebrations with exciting new executions. Owen has our full support as he journeys to Glasgow. We know his South African flare will shine through his execution and we are already proud,” says De Lorenzo. Owen will represent South Africa in Glasgow against the best in the world, where mixologists from more than 60 countries will compete to be the ultimate, World Class Bartender.