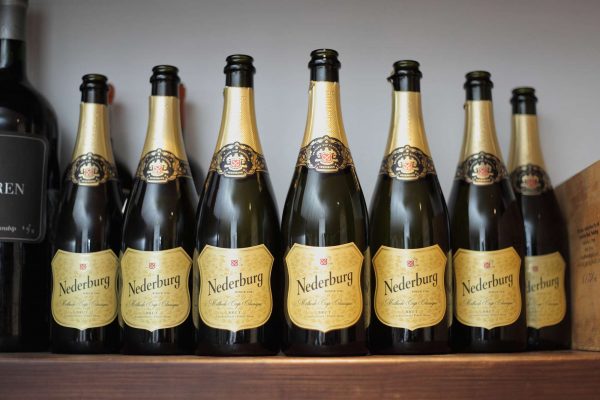 Take a pinch of Chef’s Table, add a dash of Anthony Bourdain’s Parts Unknown, then a large helping of Mzansi magic, and you have the quintessential ingredients for a show like no other.  I’ll Bring The Wine, Nederburg’s innovative new five-part YouTube series gets right under the skin and down to the bone of traditional South African food.  Hosted by well-known chef, food writer and raconteur, Karen Dudley, each episode profiles a celebrated local chef, a traditional South African dish (in a way you’ve never imagined), and of course, the ideal Nederburg wine to pair it with.

Traversing far-flung corners of the country, Nederburg’s iconic Paarl wine cellar and Durban’s inner-city spice markets, this is a series about more than just-food. It explores and honours the unsung places, people, and heritage behind SA cuisine. In I’ll Bring The Wine, Dudley rolls up her sleeves and engages with each of five local chefs on their home turf. And, as any worthwhile guest would, she brings the wine every time. Watch how old favourites are more than merely refreshed and remixed. They are thrillingly reinvented!

Inspired by Nederburg’s Double Barrel Reserve (which seamlessly brings together the winery’s hallmark reds), it would seem the show itself seeks to do a similar kind of blending – uniting Mzansi’s rich tapestry of people, places and flavours like you’ve never seen, felt or tasted before. “The show is designed to encourage viewers to taste, learn and discover traditional South African dishes expressed in a totally original and modern way,” says global marketing spokesperson Jackie Olivier. “It’s an adventure in flavour, culture and travel, meant to heighten curiosity and ignite an appetite for new stories, new dishes and new wines.”

Take the first episode as an example: up-an-coming chef Mmabatho Molefe (named Taste magazine’s Chef to Watch in 2020), succeeds in giving classic Nguni cuisine a dramatic contemporary makeover (think chicken feet terrine with onion caviar). In another episode, highly decorated chef Jackie Cameron, who runs a cookery school in KwaZulu-Natal, finds the balance by cooking a tongue slowly, over a day-and-a-half. Other chefs include “Spicepreneur” Pashi Reddy of My Kitchen Rules fame and Dr Tapiwa Guzha, a Zimbabwean molecular biologist, who uses traditional ingredients like blackjack, sorghum, millet, edible clay, hibiscus and baobab. The fifth chef is Annatjie Reynolds, who is superbly skilled when it comes to venison.

For Dudley, I’ll Bring The Wine has been the “time to step outside of categories and definitions and celebrate everything we have here in South Africa. I believe that deliciousness always wins. If it’s delicious food and delicious wine, it’s going to win. We have to open ourselves to what is right here in front of us, on our doorsteps.  Feel it, enjoy it, and incorporate it into our lives – preserving, not wasting, using what we have and tasting the provenance of our vineyards.”

Subscribe and follow this journey of discovery on Nederburg’s Youtube channel (www.youtube.com/nederburgwine). Be sure to linger longer with each episode release, starting on 22 November and concluding on 20 December. To watch the trailer for the show, click here.  To view the first episode, click here.