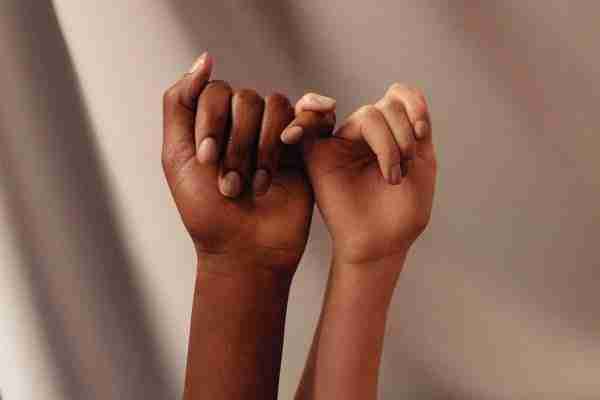 Come sit with us

I’ve had two toxic friendships between the ages of 23 – 32 years old. But there’s one that sticks out in my mind the most. This person wasn’t just terrible to me when I was friends with her. But like a case of herpes, she just keeps coming back.

It all started about 7-10 years ago. I had a group of friends, they met a girl who had moved to our city from another city, and we befriended her. Not long after that, she started speaking badly about all of us – to anyone who would listen.  We were all dumb founded as we had welcomed her into our circle with open arms, and this was how she had treated us. We shook it off as jealousy and moved on. Personally, I confronted her as I wanted to know why she would say all these mean, untrue things about me. Her defense was that she believed in what she was saying about me. This actually scared me, that someone could actually believe their own lies like this. I knew this was a ‘her’ issue and not a me issue and so I moved on.

I should’ve left it at goodbye

A few years later I ran into her at an event and it was awkward for us both. My heart sank as I was caught off guard, and I thought nope, I’m going to take control of the situation. I sat next to her and let her know that there were no hard feelings between us, and that I believed people could change and I didn’t hold a grudge.

The friendship was easy, she always invited me out, so we got dressed up, went out, and took photo’s, it was cool. It was great content for my blog and my social media pages too, and it was fun. She worked in a similar industry to me, so I could discuss work related issues and get a new perspective from someone I respected. It was fun. Until it wasn’t. This is how I could tell I was in a toxic friendship, I’m not a psychologist, I am just writing from my personal experience.

10 red flags that should’ve told me I was in a toxic friendship: 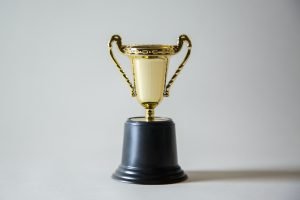 She was aggressively competitive:

While we were both invited to different events, based on the different audiences we spoke to, she would constantly police my social media pages and blog posts. Insinuating that I write #hosted #sponsored I told her I did when appropriate and didn’t use those hashtags, if I had paid for an experience myself. She insisted I was lying and accused my #datenightout posts of being sponsored. I left it.

I also mentioned that while she claims I only disclose posts at times, to look like I’m living a boujee life, she never ever discloses which of her posts are #sponsored. To which she replied that she didn’t need to as she had experience as a journalist and I was only a blogger, and so people automatically know her experiences are sponsored. This really wasn’t healthy. I just kept it poppin’.

Whenever we went out, she never had anything to say other than talking about work, talking about other people or talking about industry related topics. At times it felt like we were colleagues more than friends. But I thought shame, she’s just a strange girl, with a boring life, let me keep pushing through. However, this was a strategic attempt from her to keep her cards close to her chest, while trying to get me to spill the beans about my life. Watch out for this tactic.

She was never happy for me:

I was a top fan on her social pages, ensuring I liked, shared and commented on everything. She was non existent on mine. This friend of mine would downplay any opportunity I received, and would often speak negatively about me behind my back, in order to block certain opportunities from coming my way, which I only found out about later on. My friend never wanted to see me succeed and that was horrible. Real friends only want the very best for you.

While I loved that she was always calling to invite me out, I also realised that this was just so she could have someone to go out with as she didn’t have any other friends at that point. Personally, I enjoyed my time with her and so that didn’t bother me. That should’ve been a red flag right there. Then she met a guy and no longer needed me, and slowly but surely her true colours started to show. When I was of no use to her any longer.

This girl brought so much drama into my life. Before I met her, I lived a vanilla life. When I was friends with her, I was always listening to complaints about mutual friends, and industry friends. She even had a disagreement with the same housekeeper I worked with, after she worked with her a handful of times, and tried to bring me into that drama. It was one thing after another and honestly, it was starting to become exhausting.

I would always feel bad about myself after I was done spending time with her and I never knew why. I’d also feel super drained when I was with her and just brushed it off as having had a hectic week at work. That’s when I should’ve realised then that your emotions do not lie to you. At that point, I should’ve re-evaluated things with her. I also wasn’t my best self when I was with her, she would often put me in embarrassing situations.

She also hosted events  and asked me not to attend a certain event, and said she would give me vouchers so we could go to the venue another time on our own accord. I’m pretty sure she used the fact that I cancelled last minute to make me look bad to the company, and then she kept the vouchers as I never saw them. This wouldn’t be the first time she’s done something like this. She once asked me to pay for an uber trip and said she would claim it back from her company as this was a work event, pretty sure she submitted the claim and kept the cash as I never saw a rand from the R300 claim. This is just another way that I was taken advantage of. 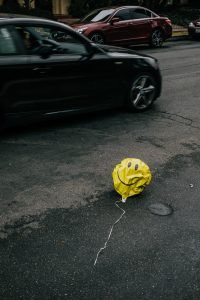 She would try make me look bad whenever she could. Both personally and professionally and I always brushed it off as her joking. What should’ve been the last straw for me, was when she asked me to review a restaurant on behalf of a magazine she was writing for. She gave me a voucher and once my fiancé and I had enjoyed the meal and took photos, I found out that she had already used the voucher. This was absolutely humiliating.

At that point Dyll told me that this is not normal behaviour and that this person had deep psychological issues and jealousy and that I needed to stop being friends with her. But no, stupid Tam brushed it off as a mistake and kept it poppin’. She didn’t even apologise. I even kept on writing for the mag, only for her to turn around and say she wouldn’t be using the content in the end. Despite having said she loved it! She did however publish very similar articles to mine. It’s a wow!

she would often cancel on me at the last minute. Sometimes I would be dressed and ready to leave home when she would cancel. I started feeling like a back up option and as though she would cancel on me if a better option came along. She was so unreliable. I should’ve seen this as her not being invested in the friendship but I gave her the benefit of the doubt as always. She never attended my birthdays or any special occasions. That hurt a lot, as I had been the only person, she had gone out with on her birthday the same year. I was always there for her, and she was never there for me. 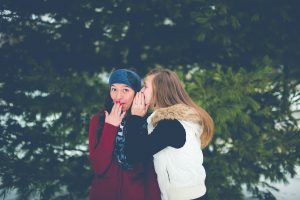 Used my secrets against me:

she shared secrets that I had shared with her in confidence, this was so malicious and something a friend would never do. She then took things a step further and tried to discredit me professionally. How unnecessary, ugly and spiteful. What kind of a person tries to get someone to lose their job, in the middle of a pandemic, due to a personal gripe. The ultimate betrayal. Imagine.

When did I walk away from this friendship? The truth is, I didn’t. I was at a vulnerable stage of my journey.  I thought because I had been the bigger person and extended the olive branch, that things would be better this time around. At this point I realised that I had made countless excuses for her behaviour, instead of  moving on. If you are ever in this position, I hope that you will be more courageous than I was.

We stopped being friends when she ended things with me, saying that she didn’t respect me and didn’t like my vibe…. At the time it hurt, but in hindsight it was the best thing to ever happen to me. I do believe that the lord will wreck your plans before they get a chance to wreck you. These days I’m a lot more discerning when it comes to friendships and I haven’t had any issues since.