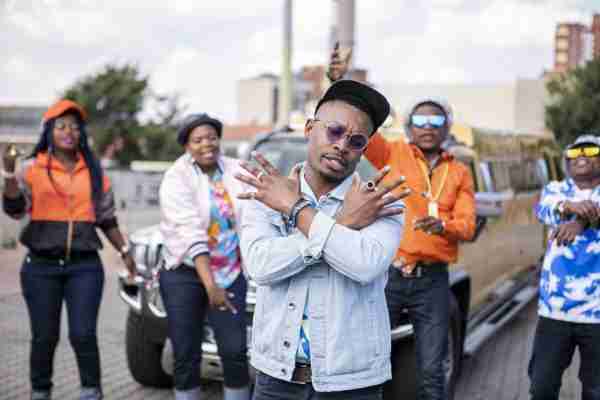 Nando’s, the beloved South African-born brand best known for its flame-grilled PERi-PERi chicken, has written and produced a new song with an accompanying music video called This is Us featuring the musical talents of “Nandocas” (what Nando’s employees are affectionately known as internally).

Nando’s co-founder Robbie Brozin popularised the expression “it’s the people that make the chicken”, which has become a philosophy at Nando’s that reflects the company’s commitment to its people. Mike Cathie, CEO of Nando’s South Africa, says that this is baked into the Nando’s values, one of which is family. “More than half of our marketing investment is spent on Nandoca’s and making sure their experience of the brand is as powerful as we’d like our guest experience of our brand to be,” he says. “We believe that one of our key ingredients of success is the way we look after people and not just our world-class food. We’re a people business, not just a restaurant.”

View the BTS of creating the music video here 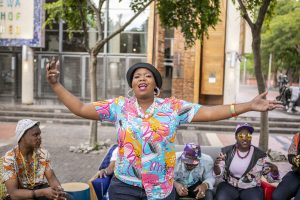 Nando’s is widely known for its quirky brand personality, which includes a strong focus on local creativity. Through its art, design, and music programmes, Nando’s works to nurture and support local creative talent. “With the This is Us music video, we wanted to open up an opportunity to our own people to showcase and express their creativity,” says Kirsty Niehaus, Internal Brand Experience Manager at Nando’s. “Our Nandocas are a talented group of people whose talents extend beyond what is required for them to work in our restaurants.”

The music video is part of the Nando’s quest to stay connected during the hard times that COVID-19 presented. It started with Nando’s CEO Mike Cathie, on his guitar, strumming the beginning of the song Stand by Me and challenging Nandocas around the country through a video message to complete the rest of the song with their own flavour. Nandocas rose to the occasion, sending in their own videos where they finished the song, adding their own groove to it.

The team from Nando’s Brackenhurst created such a creative and moving rendition that Nando’s decided to bring them to Constitution Hill to work with Grammy-award-winning music producer Joe Arthur from Flame Studios to produce their own song. And so, This is Us – a new Nandoca anthem – was born. The Nandocas featured in This is Us are Nokphiwe Nkosi, Owen Tshabalala, Aphiwe Mzondi, Mbongeni Dlamini, Nomsa Paipe, and Thuso Vumazonke, as well as a cameo performance from Mike Cathie on guitar. 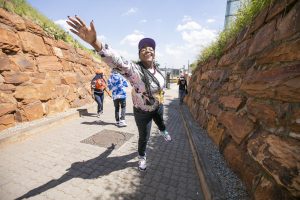 “We were so thrilled with the song and impressed by the Brackenhurst Nandocas that we decided to film a music video too,” says Niehaus. “We wanted to give our Nandocas the full music star treatment, so we arranged a gold limo, a film director, fashion stylist, make-up artist, a collaboration with Tshepo Jeans, and a proper film shoot at Constitution Hill. Nandoca correspondents from our internal radio station, Heatwave Radio, were sent to cover the behind-the-scenes experience too.”

Nando’s launched the video internally and produced a limited edition This is Us merchandise range for their staff via their merchandise store, “Loja”.

“It’s been heartwarming to see the response to This is Us from everyone at Nando’s, from the Nandoca’s working in the restaurants to our executive management,” says Palesa Tshabalala, GM Marketing: Brand Experience at Nando’s. “It’s something that every single one of us is proud of. The song showcases everything Nando’s is about – it’s creative, vibrant, and downright hot. It truly is us. The project has been a great example of the ways we can engage Nandocas to foster brand love internally and to keep our people fired up.”