Rooibos is becoming a signature drink amoung fictional characters 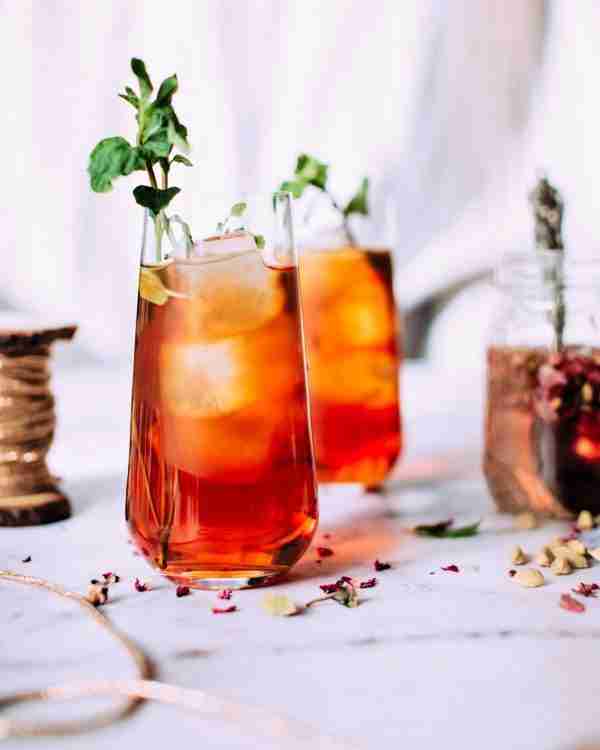 For James Bond, it’s a Vodka Martini, shaken not stirred. For Carrie Bradshaw – the lead character in Sex and the City, it’s a Cosmopolitan of course. And nothing can quench Homer Simpson’s thirst more than a can of Duff Beer. A signature drink, scent or style makes a character distinctive and gives their personalities dimension. For decades, fictional characters swooned over alcoholic bevvies, black tea and coffee. But in recent years, more of them are found with Rooibos tea in hand.

The first known mention of Rooibos tea in popular literature was by British-Zimbabwean writer, Alexander McCall Smith. Unbeknown to him, his best-selling novel series, the No. 1 Ladies Detective Agency, went a long way in putting Rooibos tea on the map. The lead character and heroine of his story, Mma Precious Ramotswe starts her own detective agency in Botswana. Has a penchant for Rooibos and often drinks it as she unravels crime mysteries. Twenty-one novels in the series have been published, with millions of copies sold worldwide. The books were also turned into a television series by the BBC and HBO several years ago.

Adele du Toit, spokesperson for the SA Rooibos Council says it is true! “Rooibos tea sales jumped substantially once the novels took off. Entering a new market always comes with its share of challenges. You have to consider the culture, behaviour, needs and preferences of consumers and a host of other factors in order for a new product to get noticed. Inadvertently, McCall Smith’s books piqued interest among readers about a red tea that only grows on the southern tip of Africa. Both the genre and Mma Ramotswe’s intriguing personality appealed to readers and thus helped to promote our homegrown tea in a most fortuitous way.”

Ten years after the first novel was launched, Rooibos tea exports to the UK and US – where the books gained abrupt popularity – increased by ten- and five-fold respectively. One theory is that when authors themselves become passionate about something, more of their characters start to develop the same affinity for it. Rumour has it that when Ian Fleming, the creator of Bond, was offered a martini, served shaken and not stirred, he quite enjoyed it and decided to make it the hero’s preference.

The same is true in McCall Smith’s case. He too is a fan of Rooibos. When asked about how he manages multiple writing projects during an interview, he answered: “Three desks, three computers and three pots of bush tea”. The detectives in Scottish crime writer, Ian Rankin’s, Inspector Rebus novels, also started drinking the brew after he was introduced to Rooibos.

Rankin says he first encountered Rooibos on a book tour held in South Africa a few years back. The publisher that was chaperoning him ordered Rooibos in a restaurant. “At first, I thought she was mispronouncing the name of my main character, Rebus. It tickled me that his name sounded like a South African tea, so I tried it… Rooibos has an earthier flavour than black tea and the fact that it has no caffeine means I can drink it all day while I’m working without getting jittery.”

The characters of local crime fiction author, Deon Meyer, also often drinks Rooibos. He says when developing his characters, he tries to match their personalities with real-life to make them as realistic as possible to the reader. “My characters often grow out of a sense of place. As most of my novels are set in South Africa, I refer to places, atmosphere, traditional food and flavours, such as Rooibos, that would give the reader a better sense of the setting.”

Whether by accident or design, there appears to be a common thread among the characters that drink Rooibos. They all seem to be the sleuthing type. “It may have something to do with the tea’s high antioxidant content,” notes du Toit. “Antioxidants are substances that can help boost memory and concentration – vital for crime-solving.

“Rooibos goes to work by countering the negative impact of free radicals, which are all around us. When free radicals cause oxidation in the body, they damage the healthy cells. Which hinders our ability to learn and retain information. Rooibos negates the process, by reducing the effect of oxidative byproducts in neural pathways. Thereby stimulating concentration and focus.” She attributes the increased mentions of Rooibos in fictional writing to the worldwide trend towards healthier living – moving away from sugary, caffeinated drinks to healthier, herbal teas. Characters need to resonate with their audience and if more are tending towards cleaner living, characters’ habits are likely to follow their cue. 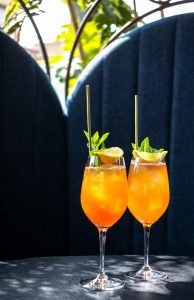 “There is no doubt that Rooibos sales have benefited from the heightened literary exposure and as more authors become accustomed to the tea. Rooibos is likely to find favour among more consumers.” Currently, in the region of 6 000 tons of Rooibos are exported annually to more than 30 countries. Many of the great writers, such as Stephen King, Henry James, George Orwell, and CS Lewis consider tea-drinking an essential part of their writing process. The simple act of sitting down to a pot of tea is an invitation to clear your mind and relax.

So next time writer’s fog sets in or you’re in need of a creative jolt, consider a cup of Rooibos tea to follow in the masters’ footsteps. Whether you’re a writer or a book lover, there is no better way to spend time in lockdown than with a good book and the perfect cup of tea.