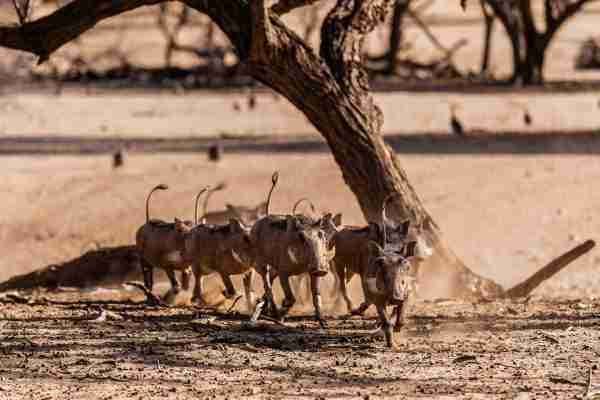 South Africa may be under lockdown but her wild animals aren’t – and Shamwari’s head ranger, Andrew Kearney, is still getting up early to offer internet viewers virtual game drives and guided walks around the reserve each day.

If you’re missing your Easter trip to the bush, want something interesting to pass a few lockdown minutes or are looking for a fun, educational distraction for the children, see below how to join Andrew at Shamwari’s YouTube channel where, among others, you can get a masterclass on giraffes, elephants, and white rhino and track a pride of lions to a kill.

Some elephants are better at social distancing than others, prides of lions are useless, especially at mealtimes, and giraffes are fickle, moving from one group to another. Although Shamwari Private Game Reserve is under lockdown, its animals aren’t and are going about their business as usual. So is the head ranger, Andrew Kearney. He’s still getting up early to offer game drives and guided walks, but instead of just sharing what he sees with the visitors on his Landcruiser he’s posting it on the internet for the world to see.

On his own initiative and armed with just a rifle and cellphone, Andrew has, so far, posted six videos of his daily excursions around the reserve. Although he’s limited by the technology at his disposal and the fact that the large animals are sometimes just meters away – making loud explanations distinctly unhealthy – he still manages to cram a wealth of information and insight into each four-to-six-minute episode.

In the series so far, you can join Andrew to learn the basics of tracking, get a masterclass on giraffes, track a pride of lions to a kill, get scarily close to elephants, make a careful downwind approach on two white rhino and outrun a leopard tortoise.

If you’re missing your Easter trip to the bush, want something interesting to pass a few lockdown minutes or are looking for a fun, educational distraction for the children, visit Shamwari Private Game Reserve’s YouTube channel. Here’s a link to episode 4, the most popular so far: https://www.youtube.com/watch?v=LbQU3BMlCEw Andrew will be posting more episodes and you can also find these on Facebook, Twitter and Instagram using #shamwari private game reserve