Skip to content
Home
/
Anyone can win a Ferrari with monte

Anyone can win a Ferrari with monte 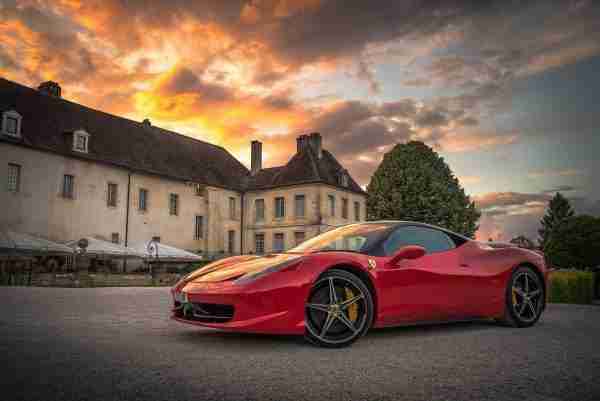 I popped into Monte Casino the other day and noticed that you can win a whole Ferrari. This is how.

Monte Casino is currently running an Anyone Can Win Campaign (https://www.tsogosun.com/montecasino/whatson/ competition/anyone-can-win-a-ferrari) where there is a cash draw on Sunday, 1 March and the draw for the magnificent trip to Italy valued at R200 000 on Sunday, 29 March.

The latest draw, which took place just this weekend, saw three lucky winners go home with a fabulous R15 000 each! All three winners – Andre’ van Wyk, Lings Govender, and Chin Lee – could not have been any more excited about their wins! Just imagine – this could’ve been you! Get into the running by simply accumulating receipts to the value of R500 at any of Montecasino’s restaurants, stores, bars, theatres, movies, hotels or entertainment facilities. Each R500 will get you one entry into the monthly cash draws!

Wondering what else there is to do at Monte Casino?

Pieter Toerien and Howard Panter present Richard O’Brien’s Rocky Horror Show (https://www.tsogosun.co.za/montecasino/whatson/teatro/rocky-horror-show) until Sunday, 1 March! It’s a guaranteed party, which famously combines science-fiction, horror, comedy, and music while encouraging audience participation which means, of course, getting dressed in the most outrageous fancy dress! Let’s do the time warp again! Tickets are from R100 to R500 excluding your Rewards discount.

Feel like laughing until your sides hurt? Montecasino has the perfect answer! After an unprecedented 28 years in the industry, this will be the last time Joburg audiences will be able to enjoy André in action as he presents his André The Hilarious Hypnotist Farewell Tour(https://www.tsogosun.com/ montecasino/whatson/pieter-toerien/andre-the-hilarious-hypnotist) until Sunday, 23 February. Catch him live at Pieter Toerien’s Main Theatre

Here’s to Simon and Garfunkel

Fall in love with Simon & Garfunkel all over again in this dynamic and uplifting musical journey through more than 20 classic hits! That’s right, Here’s to You, the Simon and Garfunkel songbook, is back by popular demand until Sunday, 8 March. Catch the eight talented musicians who all play musical instruments at the Pieter Toerien Theatre!

Lighthouse Family in SA for the first time

British musical duo Lighthouse Family (https://www.tsogosun.com/montecasino/ whatson/teatro/lighthouse-family) will be touring South Africa in March for the very first time – catch them at the Teatro from Friday, 20 March to Saturday, 21 March! Take a trip down memory lane with their smash hits Raincloud, I wish I knew how it would feel to be, High, Lifted and many more! Tickets are from R630 to R970 per person excluding your Rewards discount. Don’t miss out on this once-in-a-lifetime concert!

3SIXTY – where the vibe is

This trendy nightspot in the heart of the action in Gauteng’s premier entertainment destination brings local live music to the stage every Friday and Saturday night, served along with 3SIXTY’s now-famous bespoke cocktail menu, an exceptional selection of meals and sharing options, dancing, beautiful people and more. Choose your nights to be where it’s all happening: