Skip to content
Home
/
Beware the mozzies this festive season

Beware the mozzies this festive season 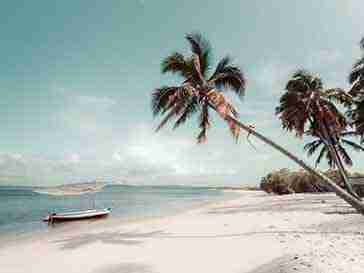 It’s summertime in Africa. As we recover from the recent rainy sprout we’ve experienced over the last week, we are gently reminded that the rainy season is only just beginning. As it rears its welcomed, stormy head, ready to bring new life to the dry African savannah – the flourishing cycle of life brings with it many blessings, but on the flip side, it brings a curse in the form of malaria-carrying mosquitoes.

Sherwin Charles, co-founder of Goodbye Malaria says, “If you’re out and about across the African continent during the rainy season you need to be aware that mosquitoes and rain are the best of friends.”

Why is rain a major contributor to the spread of malaria? As the rains fall, little water pools are formed. And where do mosquitoes like to breed? In small pools of water, of course. The more rain, the more pools, the more breeding grounds for mosquito larvae.

“Whether it is potholes, old tyres, a leaf, or a plastic cup left outside, a clutch of mosquito eggs does not require much to hatch, grow and subsequently terrorise the neighbourhood. In fact, mosquito larvae can survive just fine in 1cm of stagnant water,” says Charles.

If you’re in Africa, you must remember another unfortunate fact that ensures the spread of malaria. With higher temperatures, mosquitoes can mature faster and have more time to spread the disease. The malarial parasite also matures more quickly at warmer temperatures – making certain parts of Africa a prime spot for malaria to set up shop.

“If you are travelling to areas like Mozambique, or the Kruger National Park in South Africa this festive season, you need to be prepared,” says Charles. “But that should not deter you from exploring this beautiful continent. There are plenty of ways to defend yourself against mosquitoes.”

From dusk till dawn, when it comes to protection from mosquitoes, here are your options:

Goodbye Malaria is tackling the scourge in southern Africa collaborating with world-class partners, including the Global Fund, private organisations, and the governments of Mozambique, South Africa and Eswatini (formerly Swaziland) in an effort to eradicate this dreaded disease.

“Elimination is achievable,” says Charles. “Through vector control such as indoor residual spraying programmes on the ground, we are getting closer and closer to finally saying ‘goodbye malaria’.”

To learn more about Goodbye Malaria and the good work they do visit their website, or explore their shop where you can not only find awesome merchandise but make a difference while you do it.