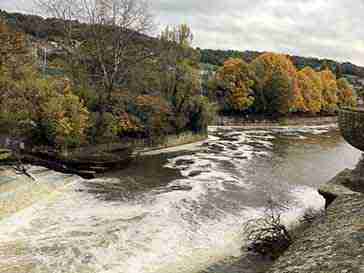 Dr. bae and I were holidaying in London recently and it was honestly one of the best holidays we’ve experienced together as a couple. We had a list of places and things we wanted to see and do before we arrived and a couple of things we knew we would figure out once we got there, one thing that was high on our to-do list was to do a city tour, so it was one of the first things we arranged once we got there.

While the city is easy enough to navigate alone (there’s literally an app for everything – train schedules, and directions). We decided to go on a tour to Bath, which is a couple of hours out of the city, as that was one of the sights we wanted to see, on our list. We chose to go on a tour with Rabbies and it was absolutely awesome. A tour group I would highly recommend. Our journey started off with us meeting up at a central meeting point, just a few meters away from the underground, we bought some steaming hot coffee from the shop next door, and then we were off. This tour was well organised and it left on time which was awesome. I’ve been on tours before where we’ve left an hour late because we were waiting for guests and it just delays the whole experience which is not ideal.

3 reasons why I recommend going on tours in a foreign country:

We wanted to go to Bath to see the Roman remains, the architecture and the spectacular waterways. We wanted to know what makes this sensational city is a UNESCO world heritage site, as the ones we had seen previously were 100% worth the hype. Our tour to Bath was absolutely delightful. Bath is the most magnificent setting to have a cup of tea in one of the many gorgeous coffee shops or visit the world-famous roman baths. After experiencing a Turkish bath we were really excited to try a Roman both, however, we did not ook in advance and could not get a booking, if I were to go again I would book the Roman Baths in advance as it’s definitely something I wanted to experience and I think you would enjoy it too. Bath is so close to London, so it’s perfect for a day trip and the small groups on the tours allow you to maximise your time while you learn about the city.  Double win!

We started our trip off by driving through Richmond, where we learned a heap about the history of the city including that it’s home to one of the youngest billionaires in the world, his name is Hugh and he’s under the age of 30 (must be nice). We were then off to Avebury, one of the coldest places I’ve ever been to in my life. Nevertheless, I wrapped my head in my warmest scarf, I shivered through my thermals, shirt, a jersey, and a Superdry jacket and I jumped out the van to see the largest stone circle in Europe, which was built by the Neolithic inhabitants. I touched a beautiful giant rock in the field and made a wish (as one does when they’re in the area), this stone circle has been compared to stone hedge, just a smaller version if you’re wondering what it looks like. We then continued walking through the small village, the rolling hills, covered in the mist had something strangely magical and airy about them, which is probably why all the stores in the area had similar themes of fairies, dragons, magic, and witchcraft. We also grabbed some delicious coffee and a muffin in this area.

Is that Harry Potters House?

At Locock, we saw a stunning Abbey, a brewery, and a bakery to name a few of the main attractions. What surprised me the most about this little village was how honest people were there. Listen to this, there were a few ‘stores’ where someone would have a box of homemade chocolate bars/fudge/meringues on their windowsill with a note on the box with the price of the item, and an instruction to help yourself and then leave the money in the post box. How crazy is that? I was legit shocked. The South African in me was so skeptical of this concept, but I guess it works for some people right? Oh and there wasn’t just one shop like this, there were a couple. While in Locock we had the absolute pleasure of seeing the beautiful little home where Harry Potter was filmed. How magical and to think that someone actually lives there now. It’s simply magical. This little town has also been used to film Downtown Abbey and Pride and Prejudice. The streets are absolutely picturesque, the city has a great vibe about it and it’s dead quiet.

In Bath we took a trip down memory lane and saw what it looked like after the Romans visited. On this tour, we had time to investigate the secrets and beauty of these historic locations. We saw a Michelin star restaurant, the breath-taking waterways and some of the loveliest cafes I’ve ever seen before and it lived up to expectations. We left Richmond around 08h30 – and returned around 19h30. After a day of eating, exploring and sight-seeing, we were happy to arrive home and have a well-deserved nap! It was the most lovely day out and a tour I would highly recommend to anyone looking to explore Bath.

Four reasons why I would travel with Rabbies again: