Skip to content
Home
/
I stood up for my business

I stood up for my business 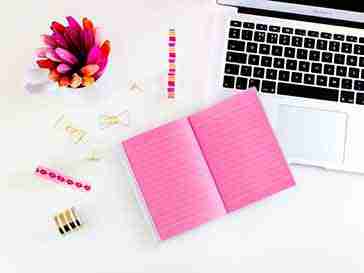 If you know me, you know that there is never a dull moment in my life and this week is no different. This Women’s month I took a stand. I showed up for my business because truth be told, this entrepreneurship gig is not for the faint-hearted. I’ve been a business owner for the past year, and I’ve been taken advantage of a handful of times and it really never gets easier. You just learn and try to do better.

Imagine working for a company and your salary is R15k a month right, then one month your boss decides you didn’t do great work, so they’re only paying you R7,5k for the month. They only tell you this, 2 weeks after your salary is due when you are absolutely desperate to just pay your rent and settle a few bills. How would you feel and how would you react? Especially if you know you went above and beyond AND received great feedback from them throughout the month, except for now when it’s payday? That’s what being a freelancer is like at times.

9 times out of 10 I write it off. R5k here, R2k there. It’s not easy though as that’s cash I’ve budgeted for and now don’t have. This happened to me again recently and unfortunately, this was the straw that broke the proverbial camels’ back and I came in like a wrecking ball.

The time spent on this client was time taken away from my family, from my fiancé, and from myself and I needed to be compensated for it, as agreed. I had delivered the services and the client’s non-payment was an unethical labour act. I had worked on this account for two weeks, plans had been written and approved and were just starting to be implemented. The client didn’t feel they were getting results quickly enough. Please bear in mind I had worked for them for 10 days and only 3 of those days had been implementing the plans and scheduling social posts. So, they canceled my contract with 24h notice. No problem, they’re allowed to do that and I cannot force people to see my value. They either see it or they don’t and in this case, I don’t think I was given a fair chance to showcase my skillset or the power that my industry has. Anyway, I was happy to move on. That’s when the client decided they didn’t want to pay for ANY of the work I had done over the past 2 weeks, despite the fact that they were using my plans and social strategy.

Throughout the back and forth emails, and texts I was professional, not ugly. I did my utmost to handle myself with elegance and grace. After three weeks of this, it was evident that talking wasn’t working, so I came in with a letter of demand. At that point, 50% of my invoice was paid and according to them, the matter was closed, not for me though. So I got a brilliant female attorney who works with entrepreneurs who sent two lawyers’ letters. In summary, I accepted a settlement of 80% of my invoice in order to close this chapter and move forward. Thank goodness for the strong female I had in my corner if it wasn’t for her I likely would’ve walked away like I had done so many times before.

I became an entrepreneur to take risks, not to be taken advantage of. I hope this company takes some key learnings from this experience and thinks twice before abusing freelancers again because we do have recourse and we are worthy of being paid for services rendered. Unfortunately, my story is not unique, but it’s one of many where corporates just decide not to pay their freelancers. WTF??

One thing that irked me with this particular client was that they were an all-female team and girl on girl crimes make my blood boil. This all-girl team infuriated me because they were so intimidating, so I had no chance but to show them flames right?

This women’s month, I hope you stand up for yourself, and your business because by doing this, you encourage others to do the same. Thank you to my attorney Chantelle Martins. If it wasn’t for you I wouldn’t have pursued this case and won. It was so great having someone in my corner, reassuring me that I was doing the right thing, that I wasn’t being dramatic and that I was fully entitled to what I was asking for. For some reason, women feel guilty for asking to be paid what is owed to them.

It was so comforting having another professional hold my hand and walking me through this process. You’d be surprised at how emotionally taxing financial disputes with previous clients can become.

If you’re a business owner and have some legal problems, please pop Chantelle an email on Hello@consciousresolutions.co.za trust me, you won’t regret it.

My purpose for writing this article was:

If you enjoyed this piece and want to see more articles like this. Please show me some love in the comments section.

Menu
PrevPreviousWhat to do when your team turns against you
NextWho pays the bill?Next
On Key