What to do when your team turns against you 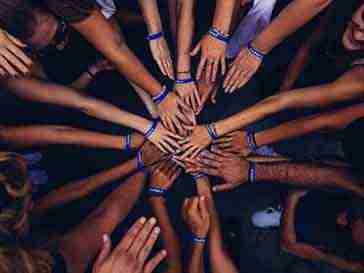 I started my career as an intern in 2010, by 2016 I had climbed my way up the corporate ladder to be awarded the title Account Director. All the while trying to be the best manager I could be along the way. Managing people is never easy and no one trains you for this role. One day you’re taking orders from someone, the next thing you’re responsible for another team member’s career development. It’s a daunting task, with your superiors putting pressure on you to achieve results while trying to train, mentor, upskill and understand your staff members who you are managing. TBH it can all be a bit much. I learned through trial and error what works and what doesn’t and how to get the most out of your teammates.

I’ve always been lucky enough to have supportive leaders to look up to until I didn’t.

As a woman who has sacrificed so much to get to where I have, who is in the relentless pursuit of excellence to become the best leader I could, you think that your team will never turn on you. We are all in the trenches, together right? Wrong. This can happen to even the most confident and competent of leaders, I know this to be true because it happened to me.

A charismatic team member had developed a grudge against me and before I knew it, I found myself in a bad situation, which I unknowingly contributed to.  The mentor I looked up to was in mutiny against me. Refusing to acknowledge any good I had done and gone out of her way to find the bad in everything I had done. It was a demoralising situation to be in, but I thought I would overcome it. Truth be told, I couldn’t.

My team leader who I got along well with immigrated, the new leadership was brought in, this new woman was great with words, charismatic and seemed efficient at first. Shortly after she started two members of our team resigned, she was hard on them. I brushed it off.

She then started picking at my support staffer and asked me to become harder on her. I thought this woman was mentoring me. She made me think this individual was not performing, and we needed to upskill her, and tough love was the only way to do it. I was hard on this individual, two months later she had an anxiety attack and resigned. That killed me, I took it so hard as I felt personally responsible. I told myself I wouldn’t be influenced by this manager when the new support staffer started. However, this situation wouldn’t allow me to call any shots.

My team leader became friendly with the support staffer, started running me down and essentially gave someone six positions lower than me, the authority to tell me what to do.

I found strength from within and told myself that ‘ll be so good they can’t ignore me. I’ll do all the work, eventually, she will realise that she has tried to break me but couldn’t and then she will let me live my life right. Nope.

The more work I was pushing out, the less sleep I was getting, I was tired and less creative than usual. Coupled up with being broken down daily personally, mentally and emotionally. I started becoming emotionally weak, I was becoming tearful because I was completely exhausted and frustrated. I started doubting everything I did. I had anxiety, I wasn’t thriving at this point, I was just trying to survive and keep the job I loved.

I was told that my tone rubbed people up the wrong way. My tone? I’ve never heard of something like this before. I’ve always been considerate and kind when interacting with others. I was now mindful of this, yet complaints allegedly came in from clients, suppliers, and influencers about me.

Next was my skillset. I was told my writing was so shocking, I couldn’t even be trusted to write an email. Wow. My response, ‘You know that magazines pay me money to write op-eds for them, right? And I blog on the side for fun’. I’ve never heard complaints about my writing before. Now suddenly at a director level, I can’t write anything, not even an email.

I started getting weak, physically, mentally and emotionally. I would play inspirational videos while getting dressed for work and on the drive to the office, I was struggling to find inner strength, so I started seeking strength from the likes of T.D Jakes, and Les Brown. My roommate even teased me that it sounds like I’m in church every morning before work. I explained that I’m going through something and need to find strength from external sources at this time.

At this point, I was in tears weekly. I made a point to take a picture of myself in the bathroom looking like a hot mess and I told myself every time, this is the last time you’ll let them do this to you. They will not break you; this ends now. But there’s only so much abuse that one woman can take before she admits defeat.

This is how I responded to this situation and these are the outcomes I experienced.

I fought for 8 long months to keep the job I loved until I couldn’t anymore. Before, I realised that my happiness was more important than a career, especially one who allowed a toxic team member to break people down. I met up with a friend from high school who I hadn’t seen since high school. She told me things like ‘You’re way too talented to stay in a job that is no longer fulfilling you right. You know you could freelance and become your own boss right’. Seeing someone believe in me when I no longer believed in myself is a gift that cannot be bought. This friend saved me! This friend was Amanda Bussio, she’s a graphic designer and has a blog called ‘Peaches in the Wild’. I’m forever grateful for her.

I chose to walk away from a b*tch on a rampage, I chose happiness and inner peace instead. I know the wheel will turn, it always does.

My advice to someone else in this situation, if you’ve tried all the steps mentioned above and nothing changes, resign. I could’ve saved myself months of mental and emotional abuse. These people will not change because they get a kick out of breaking you down. When I left, I was a shell of the warrior I was when I started there. I was not confident, I didn’t believe in myself, it took me a good few weeks being away from those people to find myself again.

To help with my confidence, I said I would work on myself and I would turn my weaknesses into strengths. My writing was apparently terrible. So, my goal was to get one opinion piece published within the next three months. I got one op-ed published EVERY WEEK for NINE consecutive weeks until I realised my writing was never the problem. The way that woman felt about me was the problem.

I worked on my strategy; my goal was to have someone pay full price for a strat from me within 6 months. Strategy writing became my bread and butter from day one of freelancing, I even wrote the strategy to launch a new haircare brand in the country. Again, I realised I was not the problem.

Regarding my tone, I’ve received repeat business from clients and received additional work from word of mouth and I haven’t had complaints about my tone since I left.

Sometimes it is you and you need to take a step back and reevaluate, but sometimes it isn’t you but you still need to walk away to preserve your inner peace. Moral of this story, while unconventional, if you ever find yourself in this situation, leave. Leave as soon as you can, then kick ass and post pics so they know what they’re missing out on. It’s true what they say, people don’t leave companies, they leave shitty managers. Always choose yourself, your happiness and your mental health over a paycheque.