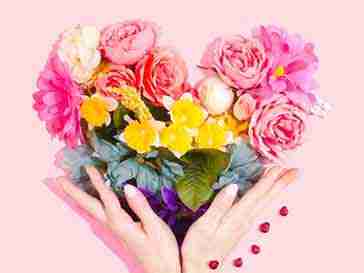 Did you get the name of the car guard that escorted you to your car in the rain under his umbrella? What about the gentleman in the Polo that stopped to help you with your flat tire, or the lady that let you go first in the Checkers queue because you were in a hurry?

Caught up in the stress of everyday life, we often forget to thank acquaintances, strangers, friends and sometimes even family for making our life a little easier, safer or just plain nicer.

To celebrate their 20th birthday, NetFlorist, South Africa’s sender of smiles wants to remind people to the niceness around them and surprise someone nice with something nice. During the first 20 days of the campaign (beginning 1 April 2019), NetFlorist will be inviting South Africans from all walks of life to share stories of people who have gone the extra mile to make the world a better and kinder place.

Thankers can share these stories using the hashtag #20daysofnice on Facebook, Twitter or Instagram, and together with NetFlorist, they will make the world a little more positive, one thank you gift at a time. At least 20 of the nice people behind these stories will receive a gift from NetFlorist on behalf of the poster to say a simple ‘thank you’ because random acts of kindness should not go unnoticed.

Hopefully, this campaign of positivity will remind South Africans that a little bit of gratitude and niceness go a long way to making our country, and the world, a better, happier place. About the 20-year-old company: 20 years ago, the day before Valentine’s Day 1999, Ryan Bacher, Lawrence Brick and Jonathan Hackner received their very first order and NetFlorist brought happiness (and roses) to a recipient for the first time.

Since then, this proudly South African e-tailer has delivered over 21,895,172 stems nationally. Their devotion to hassle-free gifting in an attempt to make South Africa a little happier and kinder, one gift at a time, has seen over 4,287,849 orders delivered, which means 4,287,849 smiling, surprised faces! NetFlorist has grown and expanded throughout the years and continues to create new products to ensure there’s always a perfect gift for any and every occasion.

Originally, there were only 12 different floral arrangements to choose from, but now their website hosts over 12,000 gifts. Over 20% of these choices can be so the sentiment can be remembered long after a special occasion has passed. In the early 2000s, NetFlorist would receive an average of 72 orders a day. Now, they receive at least 2000 orders daily. Because the call for flowers and gifts on demand has grown so much, NetFlorist now has a dedicated night shift team to ensure the freshest floral creations, beautifully hand-wrapped gifts, and perfectly prezzies are ready to go out first thing every morning.

While NetFlorist is proud of each and every successful delivery and smiling recipient, they are especially proud of the order sent by Bill Gates to Nelson Mandela in 2012. Perhaps their proudest moment and largest single order were for the floral arrangements used for the official memorials and funeral for Nelson Mandela. Being chosen as the exclusive floral provider for the occasion is their biggest to date.

Towards the latter part of 2018, NetFlorist announced a new pay-off line, ‘just be nice’. This line is a way to remind NetFlorist’s customers, employees, and South Africa as a whole that sometimes we could all be a little bit nicer. Over the next few years, they will be leading by example by sending ‘just because’ gifts and running campaigns that focus on this reminder. But, for their 20th birthday, the focus is on the everyday South Africans who already know how to ‘just be nice’.

Photo by Amy Shamblen on Unsplash