Unzipping women and other women-disempowerment habits we have 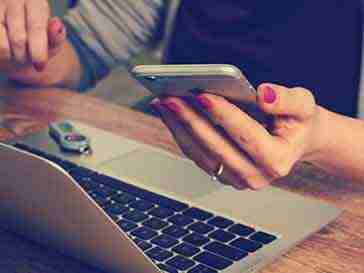 When a woman first walks into a room, whether you’re conscious of it or not, you immediately unzip her. Your eyes start at her face and work their way down to her shoes, and within a matter of seconds you’ve already made up your mind about her. ‘Wow, she’s got it together ‘or ‘hmm, she’s a slob’. Sub-consciously that woman immediately becomes self-aware and starts fidgeting. She also notices your eyes on her, weather she acknowledges it or not.

Where does the unzipping that we habitually do, start from? It starts from the days of baby dolls and Barbie dolls.

If you’ve ever watched little girls play with dolls, you’ll notice that the first thing they do is undress the dolls and re-dress them and then they communicate around how their doll is prettier because it has a red dress / a certain eye colour or a certain hairstyle. From then on, women compete, from their social circles to their business networks. They’re taught to rely on themselves, do things alone and step up their game if someone else is doing a better job than you. So, women compete with their networks instead of empowering each other. That’s the first disempowerment habit that we have.

Another issue I would like to bring up, having just come out of Women’s Month is the gender-wage gap. Guys are we seriously in 2018, almost 2019 and there is still inequality between males and females. I recently watched a video on YouTube where a boy and girl child where asked to complete a task. They worked together and got the job done. At the end of the exercise the boy child is given a glass jar of sweets that’s overflowing, while the girl child is given a jar that’s 3/4 fall.

The children immediately notice the difference and mention to the mediator that the girl child received less sweets, the moderator says yes, well she’s a girl so we gave her less”. The boy child immediately says, ‘but that’s not fair, we both did the same amount of work’. The moderator says ”tough”. The boy child shares his sweets with the girl child, so they both have a full jar of sweets. Experiment over. If a child who hasn’t even gone through puberty yet, can notice the injustices and unfairness of this system, but patriarchal South Africa can’t then I’m scared.

Gone are the days where men are bread winners, women stay at home and couples are married for 80 blissful years. Now we have a generation of f*ckboys who don’t believe in monogamy. As a result woman are trying to become more financially independent as we do not feel we can rely on our partners the way we used to.  The divorce rate is also sky-rocketing – you see this every time you log on to google. How do we empower women and make this right?

It’s very simple. When a woman applies for a new role, don’t ask her what she was earning. Chances are, she started her career on a lower salary. In order to break that cycle, you need to make her an offer based on what the role is offering in terms of payment for that position. That is the only way to equalize the current disempowerment strategy.

Please do keep an eye on the blog for more tips and tricks for how organisations can empower their women.

Photo by William Iven on Unsplash